We spent our first night out of the salt flats in San Pedro de Atacama, Chile. It was a touristy little town, but had some good restaurants and had we stayed a couple of days it looked like there were several activities on offer. After 3 days in Salar de Uyuni, the first thing i wanted was a hot shower, so to say i was upset at not having hot water in my room was a mild understatement. I did however find it in the communal shower room, so scrubbed clean i ventured out to address the next issue – my desire for good food and wine – which I found in large portions! Special thanks here to Ruby, one of my companions, who hooked me up with an extremely good bottle of red!! Feeling full and happy, i slept well that night.

So we spent one night in Chile before crossing the border again into Argentina, bound for Salta. I was gutted when the ham, cheese and avocado sandwich i had lovingly made for lunch didn’t make it through Argie customs – guess it was going to be Pringles and mini snickers bars again!

We spent 3 nights in Salta, in a pink hostel. I mean, it was PINK – there was no missing it! It also had a small plunge pool in the back garden – ideal for warm evenings with beer.

Deciding we needed some proper exercise, top of the list of activities was a hike to the top of Cerro San Bernardo, the green mountain that looks over Salta. There are 1070 steps to the top (apparently), passing the Stations of the Cross along the way. From the top you can see the whole of Salta, and there’s a nice cafe at the top that serves really good hot chocolate. We decided we’d had enough exercise, so took the cable car back down again and walked around the part of the town in the locality of our accommodation.

Salta is also where we saw in the new year. If i have any criticism of Intrepid as a tour company, it’s that they dropped the ball a bit with arrangements on the holidays. Christmas Day for example, walking around trying to find food was ridiculous – it could have been pre-arranged. Similarly on new year – we are a large group (15 at this point), and it was blind luck we found a restaurant with space. That said, the food (steak) there was pretty damn good, and it was washed down with a good bottle of red. At the end of the meal i ordered a vodka, and was given a full wineglass of actually fairly decent vodka. This was going to be a heavy night …

We ended the evening in a bar where the drinks were on free-pour, and enjoyed a couple more bevvies and a bit of drunken salsa before heading home. Two of the group plus our tour guide Mierko decided to go clubbing, and walked into a club full of locals. Two white chicks, a white Peruvian guy, and a dog. Sounds like the opening of a joke, but we found that, particularly in Salta, we would get followed everywhere by dogs. This one obviously fancied a night on the tiles!

New Year’s Day was interesting. Following the previous night’s drinking, we were hungry so set out in search of food, only to find that nothing was open, not even Macdonalds! We managed to find a cafe in the plaza, but after it took half an hour to clear our table and bring us a menu we bailed to a burger joint where I had a passable burger, although by the time I’d waited 40 minutes for it anything would have been passable!

On our last night, we had a barbecue at the hostel. This was absolutely fantastic – fresh salads, and an amazing amount of meat. I may have to be a vegetarian for a while when I get home!

The next day we set off for Mendoza (with a steak sandwich as a packed lunch). This was our biggest journey so far at around 18hrs! Mendoza is Argentina’s most important grape growing region, producing 70% of the country’s wine. Malbec is the region’s signature variety. What are we going to do in Mendoza i wonder?! Well, the first thing we did was order a big steak (well, some people ordered pasta or trout!). Curse of the large group struck again, and it took forever. Because the food took so long we got free empanadas which were pretty good, but by the time the main event arrived my appetite was on the wane. It was so damn good though that i ate it all! We spent the rest of the afternoon looking for a tour company to take us wine-tasting the next day.

So the next day was wine tour day. We were not leaving until 2.30pm, so we spent the morning walking around the shops. For lunch, we thought Macdonalds would be fab. I’m almost inclined to think that the different stuff on the Maccas menu is as much part of the culture of a city or country as anything else, and in Mendoza we discovered the Triple Mac. Basically a Big Mac with an extra pattie in it. Needless to say, my brain enjoyed it way more than my belly and i spent the next couple of hours feeling a bit ropey!

At 2.30pm we were collected for our wine tour. That afternoon we would visit 2 wineries and an olive oil producer. The first winery was a bigger one and whilst it was fun, the whole thing felt rather rushed. They couldn’t wait to get rid of us at the end of the tasting, and didn’t seem to even expect to sell anything. A few of us did however club together to get a bottle of their best red, to be drunk at the hostel later. Despite being their best, it still cost us very little and was really very good. Next up – everything you ever /never wanted to know about olive oil. This basically involved a talk about the production process and a tasting. Then onto the second winery for another tour and tasting. This winery was smaller than the previous one, and the vast majority of what they produce is exported. Again we tasted some good wines, and got a bottle of their best to take home! Went home feeling half way to pissed, but it was a fun day out.

What do people from Mendoza do on the weekends? Well, it seems that half of them at least take the children and an ice box full of meat to the local thermal baths / water park. Those in the know go equipped with everything they need for a barbecue, and the kids get to play in the pool. Tourists who are not in the know (that would be me) turn up on a weekend when it’s heaving, without a picnic, or a parasol. We got in pretty early, which was fortunate as sunbathing space was at a premium. Sunscreen was liberally applied, and we lay out to bake in what was expected to be around 36 degrees. It was a long day, and there was no shade so no escape from the blazing sun. Consequently everyone was a bit pink by the time we left. I also noticed that if you are an Argentinian woman, no matter what shape or size you are, one think is universally true – the only way to wear your bikini bottoms is jammed up your arse. The Brazilian cut is very much in-vogue, and it’s pretty much impossible to buy a pair of bottoms with any more fabric at the back than there is at the front. Bikini shopping in Rio should be interesting – i have decided to embrace the trend and avoid cameras at all costs.

From Mendoza it was over the border (again) to Santiago de Chile. It’s difficult to say to much about Santiago having spent only a few hours there before getting up at 3am to catch a flight to Buenos Aires where i am currently on vacation from my vacation. Obviously i don’t expect any sympathy here, but travelling the way we have been is damn hard work, so i decided to fly to BA and wait for the group to catch me up. This gives me a fortnight in BA, which is a huge improvement on the 3 days we get on the tour programme. An added bonus is that my Texan travel buddy who i met in Columbia is here too, so i have a friend to tour BA’s huge selection of restaurants with. Maybe i can get him to drink tequila out of his boots this time. More steak, anyone … ?? 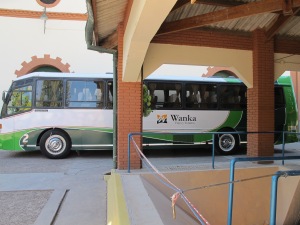 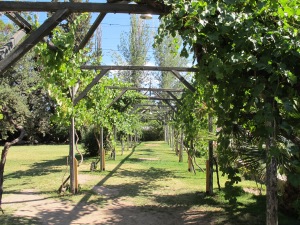 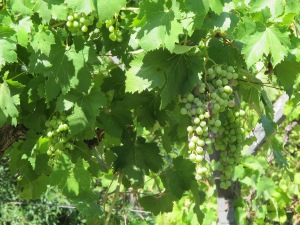 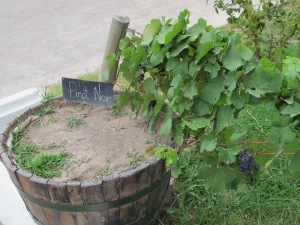 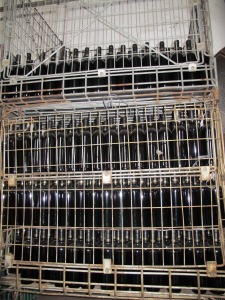 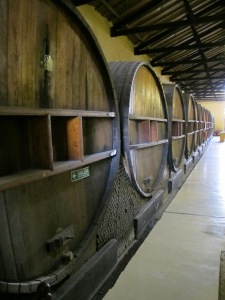 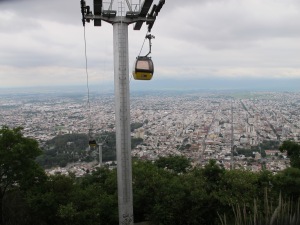