It’s been an interesting few days. After ‘flipflopgate’ the next adventure was a visit to Tayrona national park for a bit more trekking through the jungle, this time with a bit of beach to look forward to at the end.

This time, the jungle trek part was a solid couple of hours, and i’m fairly sure i lost a stone in sweat. I lost another stone in blood, sucked out of me by the tiny vampires that you don’t see until they’ve had their fill at the buffet. The destination this time was Cabo San Juan, and there were two ways to get there, one of which had a crocodile problem (apparently), so we took the inland route out of necessity rather than choice. At the end of a couple of hours of sweat, bugs and mud, we arrived at the beach, and we were not disappointed!

Our beds for the night were hammocks, which were inside a pavilion-type structure at the top of a small island just off the beach. Scrambling up in the dark with a head torch and an iphone between us made for comedy, but spending the night in my hammock facing out to sea, watching the lightening of a distant thunderstorm was really special (if a wee bit chilly!). Obviously there was no sleep to be had, but it didn’t matter. We were treated to a spectacular sunrise and a warm sunny morning on the beach doing nothing but swim and sunbathe.

Hammocks and tiny vampires aside, i could have stayed there forever, but we had to get out before the rain came. Two hours, several buckets of sweat and a burst lung later, we were out of the park and on our way to Costeno Beach Surf Camp.

Costeno beach is everything a beach should be – long, white, palm-fringed and pretty much deserted. And this began another 24hrs of … well, not very much actually! More sun, more swimming and more tiny vampires. Spent the night in a tiny cabin on the beach which was pretty much a mattress and a mozzie net with a palm roof. The next morning there was more swimming and sun to be had, and then a crew from National Geographic turned up to shoot a docu about the property’s former owner, a Columbian drug lord.

Last night was the last night in Santa Marta, and it was back to the Dreamer Hostel for London vs Texas in the tequila drinking championships. I went to bed feeling it was pretty much even, but woke up and had to hand it to Texas on the basis of my stinking hangover, which accompanied me on the 4hr bus ride to Cartagena this afternoon. Not as hideous as it sounds, given the bus had comfy reclining seats and aircon – better than National Express any day!!

So here we are in Cartagena. All a bit ruined either by tequila or bad water, so we went for Italian food and came back early. First impressions – Cartagena is beautiful but expensive (by Columbia standards anyway!). Watch this space!!! 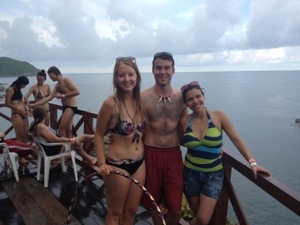 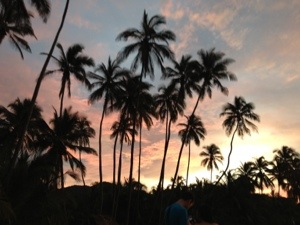 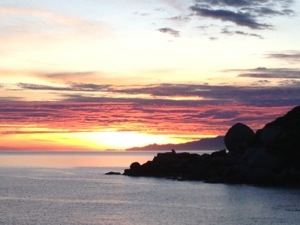 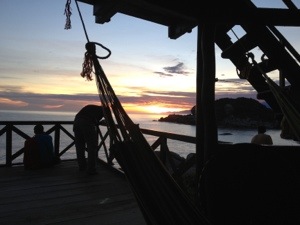 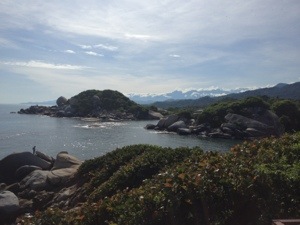 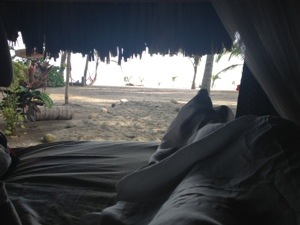 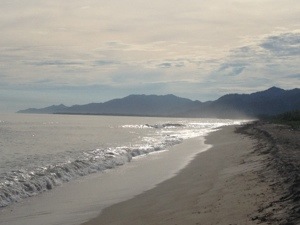 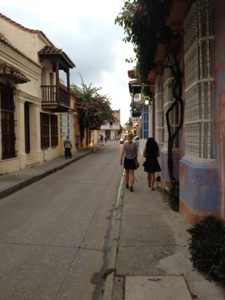 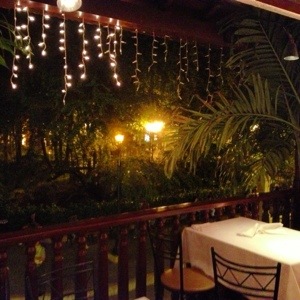 2 thoughts on “Beaches, buses and lots and lots of BUGS!!!”